Basic meaning of hf circuit board:

High Tg printed circuit board when the temperature rises to a certain threshold, the substrate will be "glass state" to "rubber state", the temperature is called the glass transition temperature (Tg) of the board.

In other words, Tg is the maximum temperature (℃) at which the substrate remains rigid. That is to say, ordinary PCB base material at high temperature, constantly produce softening, deformation, melting and other phenomena, at the same time, also performance in the mechanical, electrical characteristics of a sharp decline, which affects the service life of the product.

With the rapid development of the electronic industry, especially the electronic products represented by computer, the development towards high function and high multilayer requires the higher heat resistance of PCB base materials as an important guarantee.

With the emergence and development of high-density installation technology represented by SMT and CMT, PCB board is increasingly dependent on the support of high heat resistance of substrate in terms of small aperture, fine wiring and thin molding.

PCB base material at high temperature, not only produce softening, deformation, melting and other phenomena, but also show in the mechanical and electrical characteristics of a sharp decline.

So the difference between general fr-4 and high Tg fr-4:

In the hot state, especially after hygroscopic heating, there are differences in the mechanical strength, dimensional stability, adhesion, water absorption, thermal decomposition, thermal expansion and other conditions of the materials. High Tg products are significantly better than ordinary PCB base materials.

1. The critical temperature at which the substrate melts from the solid state to the rubbery liquid is called Tg point, which is the melting point.

2. The higher the Tg point is, the higher the temperature requirement of the board when pressing, and the pressed board will also be.

It is hard and brittle, which will affect the quality of mechanical drilling (if any) and electrical properties during use.

3.Tg point is the maximum temperature (℃) at which the base material remains rigid. That is to say, ordinary PCB base material at high temperature, not only produce softening, deformation, melting and other phenomena, but also show in the mechanical and electrical characteristics of a sharp decline

Chemical resistance, stability and other characteristics will be improved. The higher the TG value, the better the temperature resistance of the board, especially in the lead-free tin spraying process, high TG  application is more. 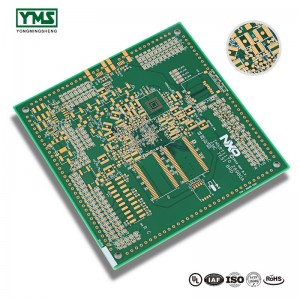 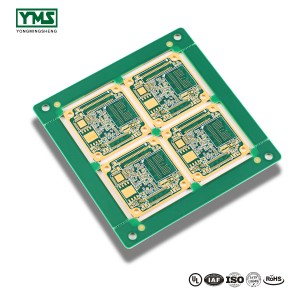 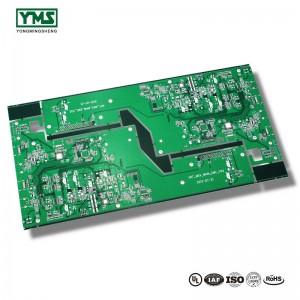